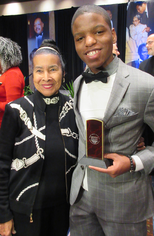 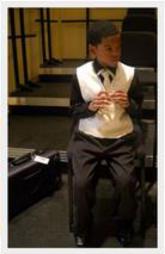 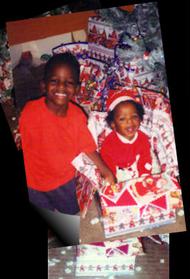 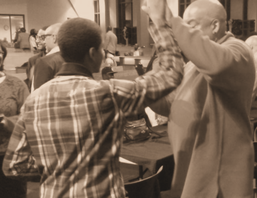 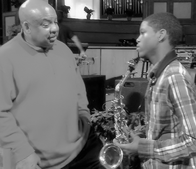 Ken Ford, "The King of Strings!" 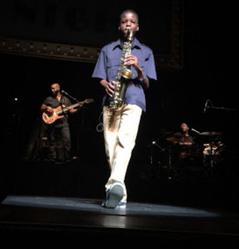 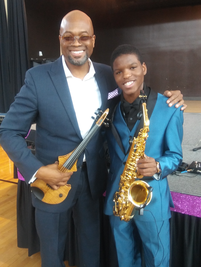 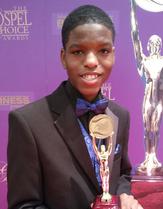 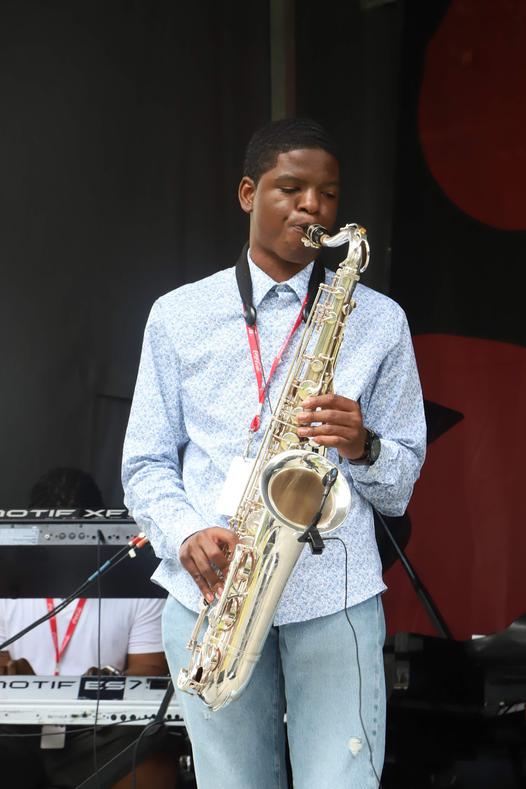 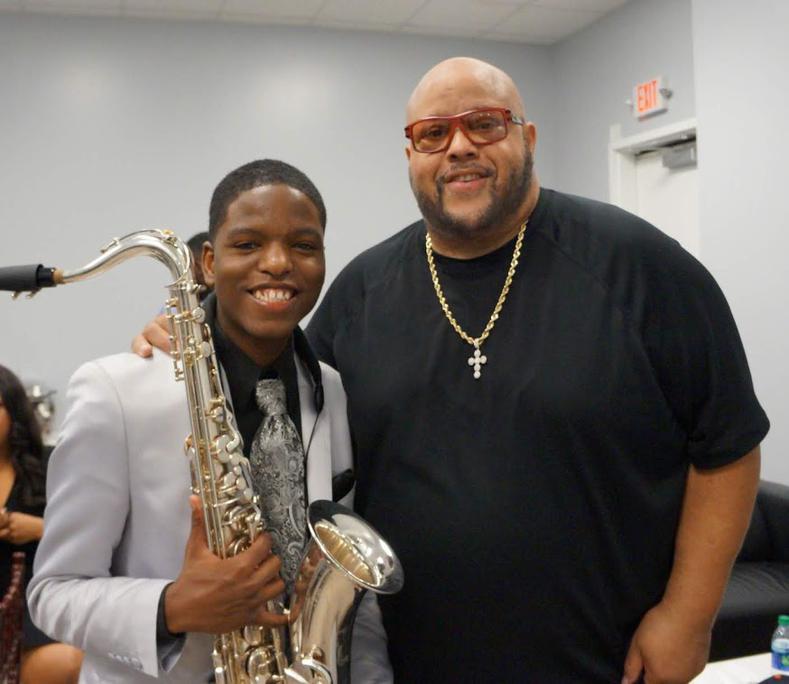 Gospel Choice Award Recipient
for
Best Gospel Instrumentalist
Gospel – Jazz – R&B – Classical
Young Avery, Saxophone Extraordinaire, was born weighing only 1 lb 8 oz and was not expected to live. He has a condition that causes his voice to be pitchy and airy because his vocal cords do not close completely. Avery beat all odds by playing the saxophone despite his voice, specially marked by God, asthma, and other medical complications. By the grace of God, he is excelling and has had many opportunities to play for various programs. Avery has been playing since 2009 and has made significant strides as an upcoming artist. Now he uses those powerful lungs to serenade with an impressive talent comparable to artists twice his age. He received a letter from President Barack Obama congratulating him on his accomplishments and encouraging him to work hard for his community. Avery received the Musician of the year award from the Tommie Smith Youth Initiative. Endorsed by Colgate-Palmolive Ian Cook Chairman, former President and CEO, Eugene Kelly VP - Global Diversity & Inclusion and Jennifer Perue - Global Human Resources, flew Avery to New York and presented him with a Yamaha 62 Tenor Saxophone for being a young achiever. He was a Youth Delegate and provided entertainment for the National League of Cities Congressional City Conference in Washington, DC., VSA International Young Soloists Award Recipient. He opened for Jazz Violinist Ken Ford. He played with Saxophonist Mike Phillips. He performed for the Atlanta Jazz Festival, where he debuted his first single called "Song 34" and has a new EP called Entrées. Avery is the recipient and performer for the Best Gospel Instrumentalist for the Gospel Choice Awards.
Avery's Great Grandfather Maxwell Davis, is his biggest inspiration. He was an American R&B saxophonist, arranger, record producer, and "Father of the West Coast R&B." He worked with BB King, Etta James, ZZ Hill, and many others. BB King interviewed by the New York Times,
"Maxwell was a kind of tutor to me," Mr. King said. "He always gave advice. I was like a sponge, and I didn't know much, and I wanted to learn. I always wish that he could still be alive. I learned about being a bandleader from him. He was, to me, the best blues arranger - he was a great arranger, period.
(New York Times 1990 Paragraph 8, "A Helpful Encounter").
https://www.nytimes.com/1990/02/02/arts/pop-jazz-bb-king-making-the-most-of-a-lifetime-of-experience.html
Avery is a miracle walking in his Great Grandfather's legacy, Maxwell Davis.
A DeKalb Medical NICU graduate, Avery has formed an organization called GraceNotes & Totes two years ago. His goal is to give back to NICU babies at the hospital where he was born. He uses his performance money to provide NICU families of preemie babies with essential supplies such as preemie diapers, wipes, clothes, blankets, and small stuffed toys. His goal is to present bags of supplies of preemie and newborn clothes (NEW), baby blankets, diapers, wipes, stuffed toys, and onesies once per month!!. Giving taught him humility and the act of being selfless, and that is an excellent feeling. His "soul" goal is to reach one and teach one through his music.
​Avery had the opportunity to perform and Won FIRST PLACE as a Star of Tomorrow in Amateur Night and Won FIRST PLACE as a Star of Tomorrow in Amateur Night SHOW OFF for the Amateur night at the Apollo Theater in New York. Avery returned and played for the AMATEUR NIGHT HOLIDAY SPECIAL at the Apollo Theater in New York with Special Guest Performance by Diggy Simmons. He also performed at the Bijou Theatre, "Your Time to Shine," the talent competition in Bridgeport, Connecticut, and won first place in the youth division. Avery feels that he is telling a story and painting a musical picture every time he plays. It is fun to play, but it is also soothing to the ear.